SRPS members return Craddock to Board of Trustees 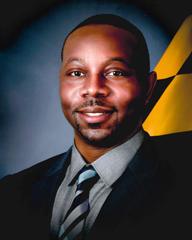 Trustee Jamaal R. A. Craddock, who has served as Employees’ Systems representative on the Maryland State Retirement and Pension System Board since 2018, has been re-elected to a second four-year term by members and retirees of the System. Results of the summer election were certified by the Board of Trustees July 20. His new term will begin August 1.

Trustee Craddock, a member of the Board’s Administrative Committee, is a 10-year veteran of the Department of Juvenile Services. He’s a member of the Maryland chapter of AFSCME and has represented the organization on retirement matters before the Maryland General Assembly. Most recently, Mr. Craddock led AFSCME’s effort to bring DJS employees into the Correctional Officers’ Retirement System. He holds a bachelor’s degree in business management from Morgan State University.

This item appears in

Back
This item appears in: